*How can a Cleanroom be defined?
Cleanroom is described as "a individually constructed room where the supply and distribution of air, presence of dust and airborne particle, room temperature, pressure and humidity are environmentally controlled to meet appropriate cleanliness." In more precise terms, a cleanroom has a controlled level of contamination that is specified by the number of particles per cubic meter at a specified particle size. To give perspective, the air outside in a general urban environment contains 33,000,000 particles per cubic meter, 0.5 μm and larger in diameter, corresponding to an ISO 9 cleanroom. Cleanrooms can vary in their sizes and are extensively used in biotechnology, life sciences, research and development, laboratories and other areas that are sensitive to environmental contamination.
*What are various uses of Cleanroom?
Cleanrooms are commonly used in high technological industries such as electronics, semiconductor manufacturing, optical and biological industries where the production quality is extremely sensitive to the presence of airborne particles or dust. Commonly used air filters such as HVAC system are inefficient in collecting these particles and other factors also need to be taken into account to control the temperature, pressure, humidity and others factors to make the room suitable for production. Computer hard disk, microprocessor, semiconductors, medicine and pharmaceuticals, food processing, life-sciences research and development are some of the key areas where there is a need to control the micro-organism presence to maintain the quality and this is where cleanrooms find their usage.

*Where are all the tiny particle and micro pollutants generated?
Human body is one of the biggest sources of particles generation, the quantity generally differs depending upon the person, children, their movement, kind of garment and other factors. For example, human body generates 100,000 particles per minute when sitting of standing without movement while walking quickly will generate 10,000,000 particles per minute. With such hig volumes of particles generated every minute there is a clear need to control these micro pollutants to maintain hygiene. Cleanrooms are an effective way of controlling these micro pollutants me of the key areas where there is a need to control the micro-organism presence to maintain the quality and this is where cleanrooms find their usage.
*What is the size a micron?
A micron, which is also the short form for micrometer, is a unit of measurement equal to one millionth of a meter. A micron is actually 0.000039 of an inch.
*How are Cleanrooms classified?
Cleanrooms are classified according to the number and size of particles permitted per volume of air. Large numbers like "class 100" or "class 1000" refer to FED-STD-209E, and denote the number of particles of size 0.5 µm or larger permitted per cubic foot of air. The standard also allows interpolation, so it is possible to describe e.g. "class 2000". Small numbers refer to ISO 14644-1 standards, which specify the decimal logarithm of the number of particles 0.1 µm or larger permitted per cubic meter of air. So, for example, an ISO class 5 cleanroom has at most 105 = 100,000 particles per m³. Both FS 209E and ISO 14644-1 assume log-log relationships between particle size and particle concentration. For that reason, there is no such thing as zero particle concentration. The table locations without entries are non-applicable combinations of particle sizes and cleanliness classes, and should not be read as zero. Because 1 m³ is approximately 35 ft³, the two standards are mostly equivalent when measuring 0.5 µm particles, although the testing standards differ. Ordinary room air is about class 1,000,000 or ISO 9.

*Is there any way to simply convert EN 779 Filter Classes into ISO Filter Groups?
No, there isn't, we're sorry to say. The testing and evaluation procedures of ISO 16890 and EN 779 differ greatly. We therefore cannot recommend use of tables or calculations which claim to convert G1-F9 Filter Classes into ISO Filter Groups. A number of such conversion tables are available; however there are major differences between them. The following comparison shows how filter classes according EN 779 could be converted in filter groups according ISO 16890.

*How small a particle does the human eye see?
The naked eye can see particles as small as 40-150 microns.
*What is laminar flow?
It's when all of the air in a cleanroom is forced to move in the same direction and speed to a filter. One common example of laminar flow is when the air moves from the ceiling through the floor, is forced up through the walls to be filtered above the ceiling and then re-enters the room and continues the cycle


*What does HEPA filter stand for?
High Efficiency Particulate Air. These replaceable filters will catch almost 100% of particles as small as .3 microns.
*What does ULPA filter stand for?
Ultra Low Penetration Air. These filters can remove almost 100% of particles as small as .1 micron from circulating air.
* What exactly is an Airshower?
It's a hallway or room leading to the entrance of the cleanroom. Often there is an airshower between the dressing room or gowning area and the main entrance to the cleanroom. In the airshower, high velocity air blows off debris that could contaminate the cleanroom environment. Sometimes de-ionizers are used to remove static thereby increasing the effectiveness of removing hair and lint
*What is a pass-through Box or Pass box?
A pass-through (pass-thru) is a chamber that allows items to be moved between cleanrooms or between cleanroom and non-cleanroom areas. Less traffic in and out of the cleanroom means fewer chances for contaminants to enter. Pass-throughs can also be designed so that only one door will open at a time. This, in conjunction with higher air pressure inside the cleanroom, forces particles out when the inner door opens. Pass-box in one of the pass-through.
*What is the size of a micron?
A micron is a millionth of a meter. Invisible to the naked eye, just for comparison, a human hair is about 100 microns thick.
*What are the major areas where Softwall Clean are used and its advantages?
Softwall Clean Rooms are commonly used in the microelectronics and medical mold injection industry as well as many others, post operative patient care, pharmaceutical filling, food product filling line. Soft-wall Cleanrooms widely are preferred over any other method of Cleanroom designs because of its versatility, economic, easily movable, easily re-locatable, can be totally dismantled and re-assembled with a minimum skilled man-power 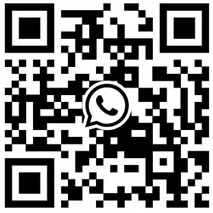